This week we had a visit from Richard, a member of The Worshipful Company of the Weavers, who have kindly supported our school for over twenty years.The Weavers have generously donated a brand new loom to Grange, so children can learn the art of weaving.

A small group of children, who attend Art Club, were able to experience a demonstration from Richard and they also had the opportunity to try out weaving for themselves. Walter, Victoria and Gianni from Mars Class enjoyed winding the yarn on to a shuttle in preparation for weaving. Their favourite yarn was called ‘chenille’, and the children were amazed by how soft it was. In fact, chenille is the French word for ‘caterpillar’ and it got its name because of its resemblance to a soft, furry caterpillar.

We then used the yarn to begin weaving a scarf. Victoria added a purple stripe and Gianni made his own tassel. Walter wondered if we could attempt to win a Guinness World Record for weaving the world’s longest scarf! 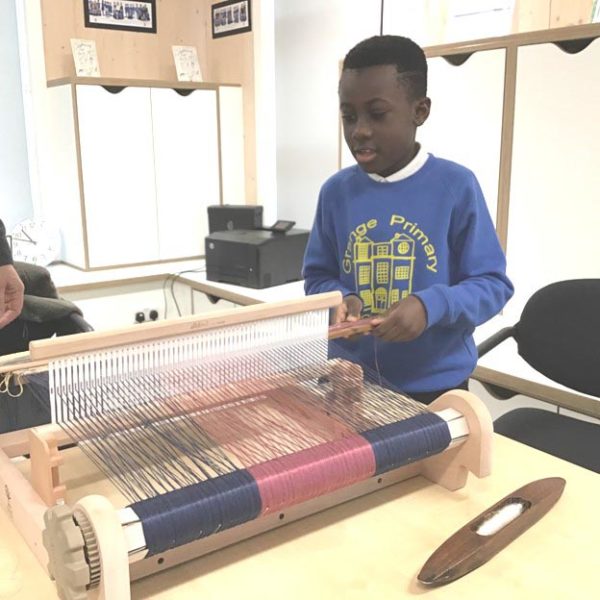 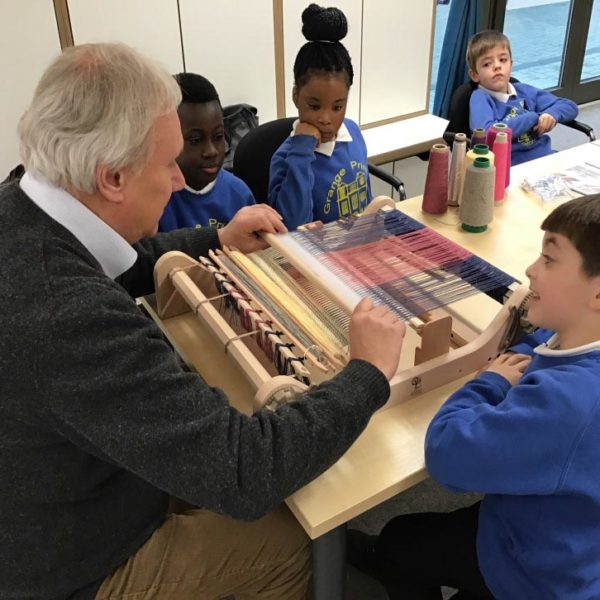 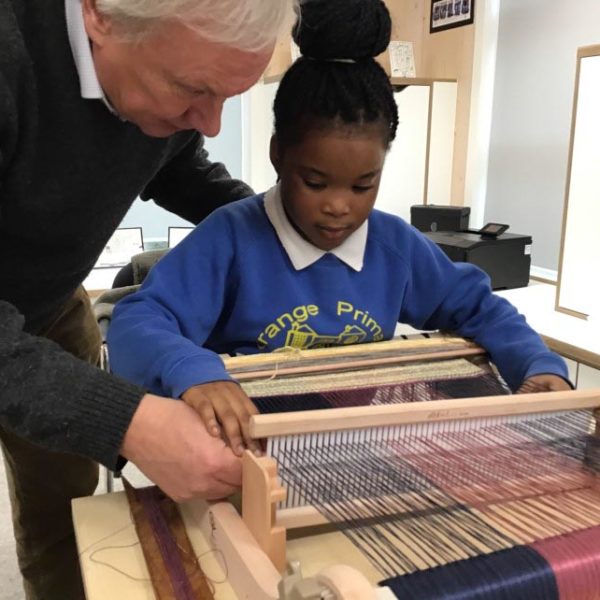 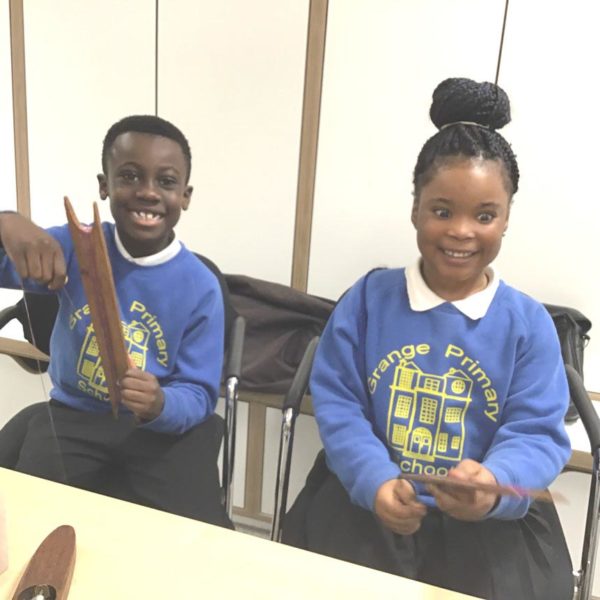 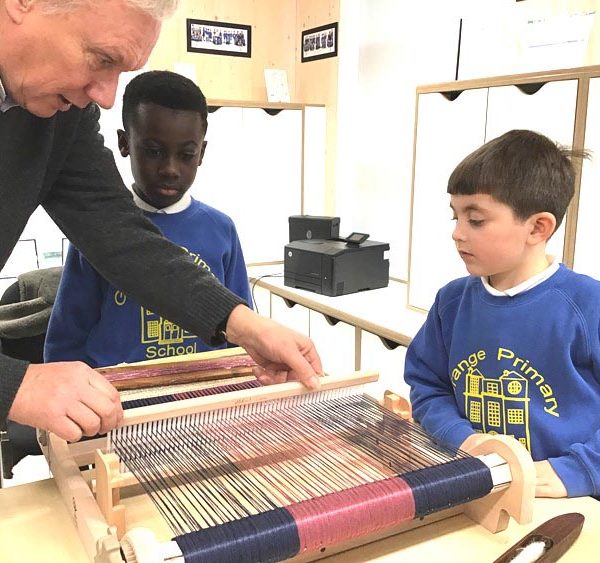